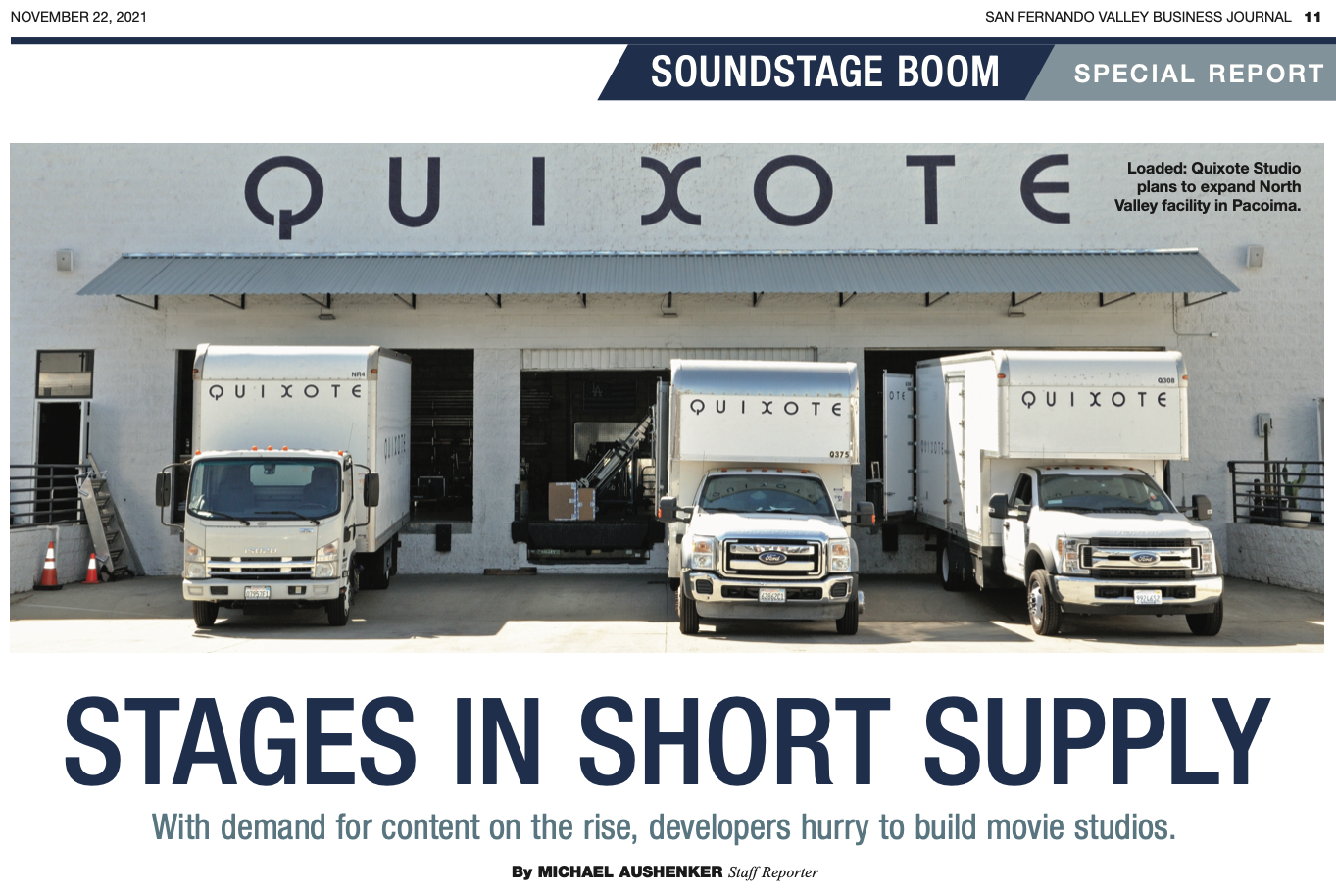 In the pre-pandemic days of August 2019, Quixote Studios got ahead of the content-demand curve when it opened its North Valley Studios at 12137 Montague St. in Pacoima.

The debut of the Xebec-developed, $30 million facility with five soundstages and 20,000 square feet of production offices for a 75,000-square-foot total footprint on 10 acres represented a giant leap forward for Pacoima.

Now, the landscape is changing all across East San Fernando Valley with so many studio lot projects in development, led by studios Warner Bros. and NBCUniversal as well as non-Hollywood firms Blackstone and Hudson Pacific.

THR: Quixote Studios Expands With Acquisition of The Production Truck

The studio services company, which has been expanding its New York and Los Angeles presence in recent years, says that production rental specialist TPT is "a perfect fit for us."