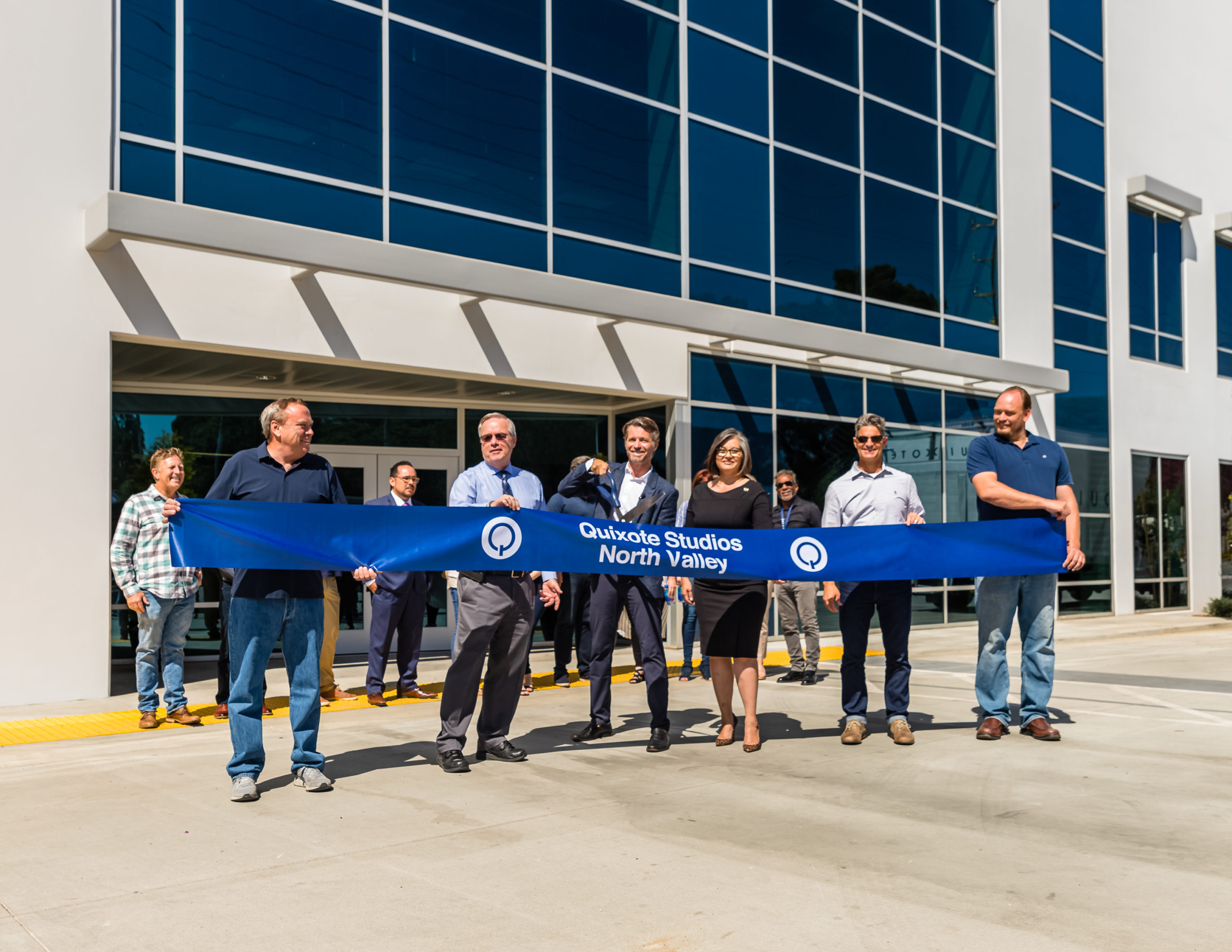 The people that made the Pacoima dream a reality, posing inside the stunning new production facility emphasizing how truly immense the new sets are.

We at Quixote make it our goal to change and advance the production studio industry, and this studio in Pacoima aims to do just that. As Paul Audley says “the industry is doing so well, we are out of space for stages” so the massive new studio with 5 sets aims to help that problem. While also bringing jobs to Quixote, it is our hope that this studio will attract other businesses to the area around it fueling a cycle of economic growth. We are beyond excited for what the future may bring for Quixote and our industry as a whole.

Some Quixote locations are partially open for contact-less pick-up & delivery To ensure the safety of our clients & employees, we are observing all federal & local health guidelines. Vehicles & equipment will be thoroughly Read more…

People are taking to the streets nationwide to protest the injustice of yet another member of the African American Community whose life was unjustly taken at the hands of law enforcement. They are using their Read more…