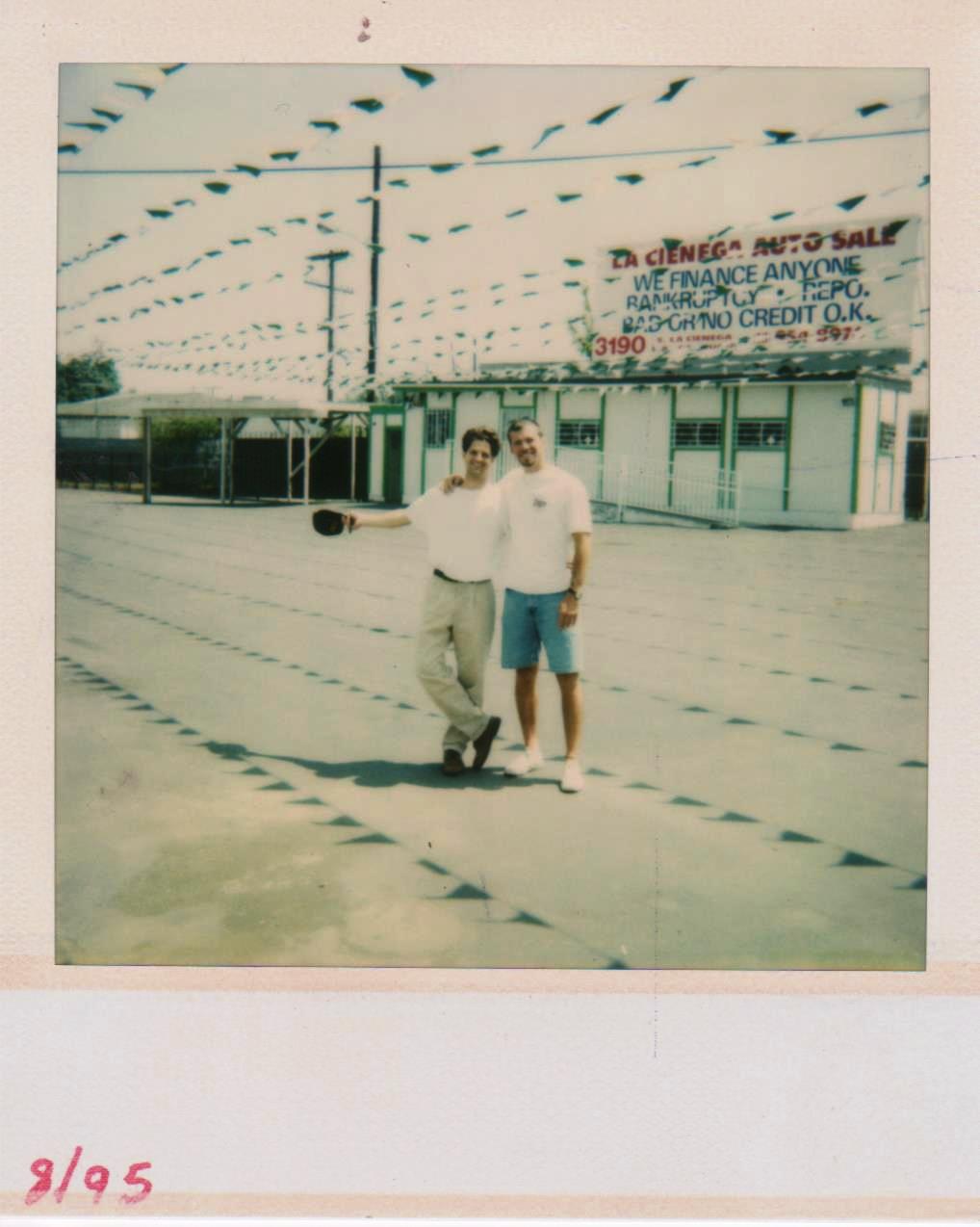 Handed down from generation to generation, these are the inconceivable origins of a premium studio services company. Read on, and tremble at the merciless takeover of Los Angeles media production by two UCLA English majors. And discover, if you dare, the dubious inspiration behind and mystifying pronunciation of the name Quixote (kee-HO-tay).

How did Quixote become one of the most trusted and successful media production studios in L.A. and other fictional universes? 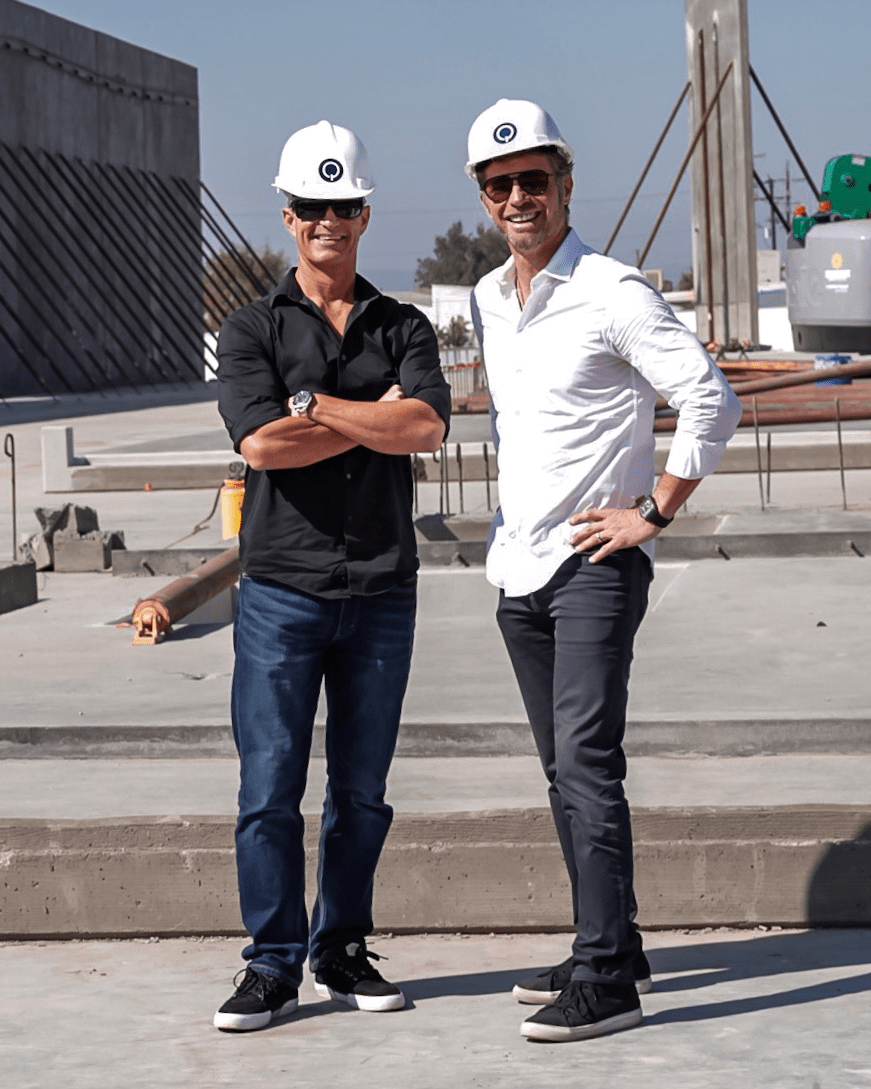 It began countless ages ago in 1992 when Mikel Elliott began driving commercial photographers from shoot to shoot in a big, comfy motorhome. Growing demand for his transport services inspired Mikel to purchase another rig and enlist his old college buddy, Jordan Kitaen, to take the helm of the other half of his massive dual-vehicle fleet.

By the time they began customizing their third motorhome, the two impetuous Los Angeles natives realized that beyond just offering basic transportation, their business could change the face of film and production services.

But that business would need a name. A name that inspired confidence. One synonymous with crystal-clear thinking and efficiency.

Instead, they chose the moniker of an insane farmer from a 17th-century novel. In the story Don Quixote de la Mancha, Don Quixote reads so many novels about knights in shining armor, he starts to believe he is one. And so he sets off, with rusty sword and battered shield in hand, to fight for the honor of his fair lady, Dulcinea, a manly-looking peasant girl. Despite the fact that Quixote promptly loses several altercations with windmills, it is his relentless optimism and dogged refusal to accept the limits of reality that makes him the perfect model for Mikel and Jordan’s business.

Quixote Studios’ commitment and ideals are equally unwavering and unquestionable, although generally not to a point that requires heavy medication.

That’s why, to this day, Quixote employees think of themselves as soldiers of fortune, trained to disregard the limits of reality—or pains of inconvenience—when it comes to supplying stages, equipment, and vehicles to the entertainment industry. Some might call that crazy. We prefer to call it Quixote.

Covid-19 pandemic halts the world. We rush to provide resources to aid in the fight.

Q7 production trailer introduced. Competitors return to the drawing board to compete.

A line of Luxe Loos for your Crew's 💩 are launched, dubbed the Q-loo Verde.

Advisory and exclusive equipment deal signed with Blackhall Studios in Atlanta. Ted Turner challenges the move by lodging a complaint with the local chamber of commerce.

CEO Mikel Elliott gets labeled the next "Paul Newman" in LA Times article, while outsiders consider him the "Newman" character from Seinfeld.
The article also deems Quixote, "The entertainment industry's premier studio and equipment rental company"

New daylight studio, christened "the Terrace" at the West Hollywood Studio location. And God said "Let there be light... Lot's of it"

With the launch of the Star Verde Trailer, celebrities line up to book the world's preeminent green machine.

After breaking out of its cage at the "Drive-Thru Warehouse," Photo Rentals is moved to its own location on historic route 66. (National landmark status coming soon)

After signing the agreement with Local 399, a few things happened... The worldview of Mikel returns to normal, warehouse workers rejoice because they remain Quixote employees, drivers receive major benefit boost, and all parties kiss and make up.

Ravenswood (A spinoff of ABC's Pretty Little Liars) moves into the brand new NOLA stages. Security is enhanced to prevent waves of teenage girls from flooding the lot.

VIP clients celebrated at the "Blue Party". (Decided against naming it the "Blue Ball" for obvious reasons)

We teamed up with the AICP (The Association of Independent Commercial Producers) for the AICP gives food and goods drive. Police escort needed to allow line of box trucks to deliver donations.

Our softball team, "The Dons" joins Hollywood Park's Fall Softball league to help raise money for the Boys & Girls Club. Key team members recruited by the Dodgers, but turn down major offers to stay with Quixote.

While we were sponsoring the official screening of the series finale of Breaking Bad at the Hollywood Cemetery, Heisenberg proclaimed his devotion to the Verde.

Aiming to please clients even more than it has for years, We dissolved our love affair with Smashbox to focus on legendary, solo-facing initiatives. (Smashbox Photo Studio and Photo Rentals get tricked out under a new name. Take a good guess...)

Our Trucks division continues to expand its fleet and raise funding for another dozen, which are already on second hold.

After breaking ground on two giant sound stages in New Orleans, we buried 4 gold coins and an heirloom tomato in the foundation for good luck. Let the "Big Easy" production life begin!

LA’s Verde motorhome game is completely reinvented with the introduction of multiple solar-powered production models to the fleet. The long-lasting power is rumored to actually be kryptonite.

More Verdes are spotted on the streets of NYC. Instagram blows up from all the uploads. #QuixoteVerde

Photo Rentals introduces the Q375 photo truck as its premier location truck with generator on board; easy portable power with a nifty lighting package to accompany it.

Due to overwhelming demand, a second Verde motorhome is sent to NYC with a pizza-loving driver who doesn’t quite follow the “don’t eat and drive” law.

A Verde motorhome is sent to the Big Apple, giving New Yorkers a taste of Hollywood luxury on their city streets. NYC responds by sending Papaya King to Hollywood.

Our L.A. grip and lighting division is relocated to its own building, allowing stagehands more room to lace gear and enjoy breakfast burritos.

We are living in a digital world, that's why we partnered with Magia Media to offer amazing digital services for photo and video clients.

Trucks become faster and service becomes easier after the acquisition of PTS trucks and the vehicles are moved to the "Fast and Easy Warehouse" in Hollywood.

The Fast & Easy Warehouse is born, housing Production Vehicles, Trucking, Production Supplies and a Studio Store under one roof.

5 new stages in Griffith Park are acquired, bringing the number of stages to 9, ranging in size from 1,800 to 39,000 sq. ft. Freakishly rapid growth blamed on a pituitary-gland disorder.

After acquiring one of its sub-vendors, We quickly established ourself as a force in Grip & Lighting, Production Supply, and Communication rentals. Teamsters rejoice! (while on the clock, of course)

6,000 sqft. building, one block east of the main West Hollywood campus is leased and turned into ultra-private Stage 4. (Security is eased back when CEO Mikel Elliott is denied access)

BMG Music hosts an elaborate party at our West Hollywood Studios after its artists sweep the Grammys. (Later, we swept up after the artists)

Studio Store opens, offering global shipping, competitive pricing and the world's largest selection of expendables and more to feature films. (Briefly refers to itself as the “Wal-Mart of Studio Stores,” until a cease-and-desist letter puts an end to that)

The world’s first tandem production trailer, the Q2, is commissioned after being built entirely onsite in our secret underground lair, located deep beneath La Cienega Blvd.

After expanding to a larger facility in West Hollywood, Giorgio Armani comes calling and throws a party that you heard about, but couldn’t get into, the one where Eric Clapton played and displayed 100 of his guitars for auction. (Tipping point is achieved)

Our first multi-studio photo/event facility at 7070 Santa Monica Blvd is opened. We welcomed ourselves to the neighborhood with a fancy gift basket that looks like it cost at least $200, but was actually purchased at Costco for 100 bucks.